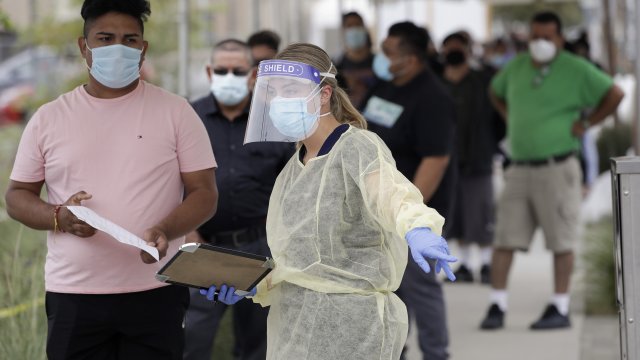 The California Department of Public Health said the system is performing as expected now.

In California, technical issues at the state level are affecting the accuracy of coronavirus test reports. The issues led to a backlog of thousands of cases.

The California Department of Public Health said the system is performing as expected now, but some local officials say they don't know if the data they're getting is accurate.

Still, other officials say reporting problems like this are rare and are confident their numbers are accurate.

Testing issues are also unfolding in Texas. Gov. Greg Abbott ordered his staff to figure out if there is faulty data after the amount of positive tests doubled this month — even though the amount of people getting tested plummeted.

Health officials worry inaccurate data could undermine how widespread the virus truly is and could wreak havoc on schools as they open next month.