Cabbie Turns In $300K Because It Was 'The Right Thing' 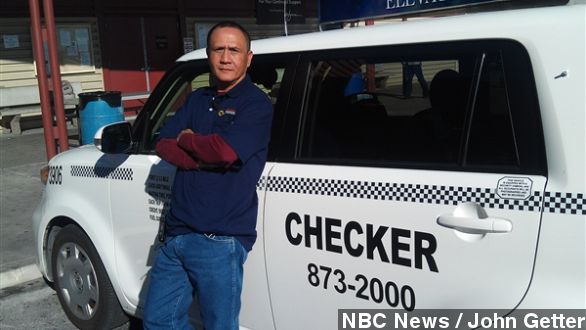 A cab driver in Las Vegas found $300,000 in a bag in the back seat of his cab and immediately turned it in.

One Las Vegas cabbie showed not everyone in Sin City is looking to sin. Just in time for the holidays Gerardo Gamboa is a true example of honesty.

"A Checker Cab driver found $300,000 in the back of his cab. Well, this driver was making a pick up Monday ... when a door man noticed the bag and handed it to him. When the cabbie open it he found six bundles of $100 bills."  (Via KLAS)

Gamboa then showed his passenger to have an eye witness that he didn't take any money. He then called his dispatcher and took the money to the main office. (Via NBC)

REPORTER: "Why would you turn it in?"

"Because its not belong to me... And I just want to do the right thing."

The cab company called the police to help track down the rightful owner. They did eventually identify a prominent poker player as the source but have yet to release the name. (Via Las Vegas Review-Journal)

No word on if Gamboa will get a bonus for his good deed, but he told reporters he's going back to work.