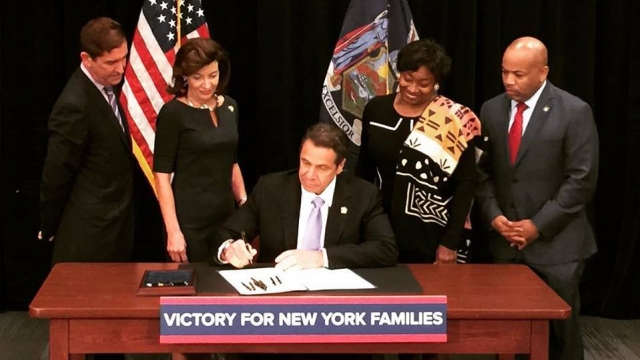 The new increases show how the fight for a $15 minimum wage has become a moral issue rather than an economic one.

Governors in both California and New York just signed into law an increase in their states' minimum wages to $15 an hour. And they said they did it for the very same reason.

"This is about economic justice. It's about people," Gov. Jerry Brown told reporters.

A $15 minimum wage has been a major rallying point for labor unions and low-income workers. Advocates argue stagnant wages and rising living costs have made lower minimum wages nearly impossible to live on. Supporters view raising the minimum wage as a moral issue rather than a financial one.

Economists and businesses claim a higher minimum wage could lead to price hikes, higher tax bills and lost jobs, all of which would end up burdening the very people the law is trying to help.

That opposition is why the new laws won't take effect right away; both states are phasing in the increase over a number of years. New York's increases are staggered depending on what part of the state you're in. Additionally, state officials can pull the plug on these increases if they feel like it's hurting the economy.

Raising the federal minimum wage has become part of the Democratic platform for presidential candidates; Hillary Clinton advocates for a $12 minimum, while Bernie Sanders is pushing for $15. All of the Republican candidates have rejected raising the minimum wage.

This video includes clips from WENY, KABC and CBS.