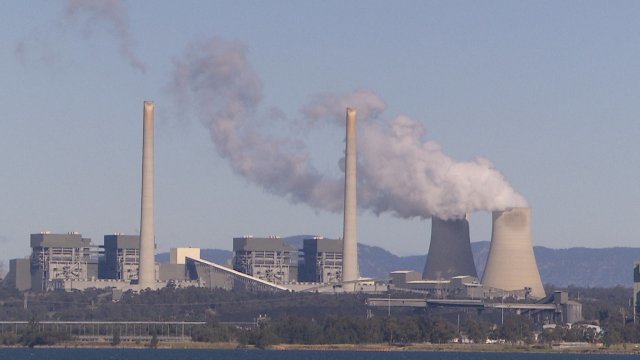 The agreement extends a proposal to lower carbon emissions by 2030.

California Gov. Jerry Brown is celebrating a win in his ongoing quest to fight climate change.

California Has Its Own Travel Ban, And It's Expanding

California will no longer pay for its employees to travel to eight different states with laws it says discriminate against LGBTQ people.

In a rare move lately, both Democratic and Republican state legislators agreed to extend a proposal to lower carbon emissions by 2030. The previous deal would have expired in three years.

California law says the state needs to cut greenhouse gases by 40 percent from 1990 levels in that time frame. The state's Environmental Protection Agency called it "the most ambitious target in North America."

The proposal extends the state's cap-and-trade system, which caps statewide emissions of greenhouse gases at a certain level. Within that limit, businesses can buy and trade permits to emit those gases.

Over time the cap is lowered, so businesses are either forced to be more efficient or shell out more money. The revenue from selling the permits earns the state billions of dollars, which helps to fund additional efforts to fight climate change.

The extension faced bipartisan backlash at first. Some Democrats and environmentalists said it wasn't tough enough on polluting companies, while some Republicans worried it could cause energy prices to rise.

But Brown made concessions to both sides, including creating an amendment that gives Republicans more control over permit revenue.

And as a move to win over Democrats, an amendment to the bill to tighten regulations on air pollution also passed.

Brown has been very vocal about fighting climate change and opposing President Trump on the issue. He signed a climate deal with China after Trump pulled the U.S. out of the Paris climate agreement.

And Brown is expected to attend a climate summit in Germany later this year.