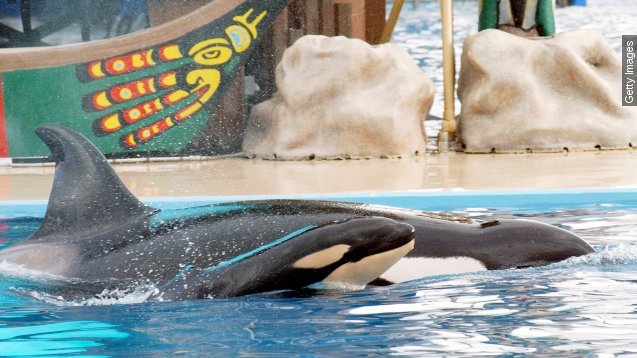 Killer whales can no longer be bred in captivity at SeaWorld.

This ban is one of the conditions the California Coastal Commission is requiring SeaWorld to comply with in order to get approval for expanded killer whale facilities. (Video via SeaWorld)

Animal rights activists filled the commission meeting Thursday, advocating for restrictions on captive habitats, but a SeaWorld representative said the ban wouldn't help the whales. (Video via State of California)

"A ban on breeding would sentence these animals to a slow extinction in our care," a representative from SeaWorld said.

SeaWorld's negative press regarding orcas has been ongoing. (Video via SeaWorld)

It's gotten especially bad since the release of "Blackfish." The movie criticizes keeping orcas in captivity and focuses on the death of a SeaWorld trainer who died while interacting with a whale. (Video via Magnolia Pictures)

SeaWorld even created a series of videos to combat negative press about the film.

Earlier this week, "Jackass" star Steve-O put SeaWorld in the news when he was sentenced to jail in Los Angeles for an anti-SeaWorld stunt. He'd scaled a crane to mount an inflatable whale that read: "SeaWorld Sucks." (Video via KNBC)

In regard to the ban, it's possible SeaWorld will take legal action to fight it. (Video via Los Angeles Times)