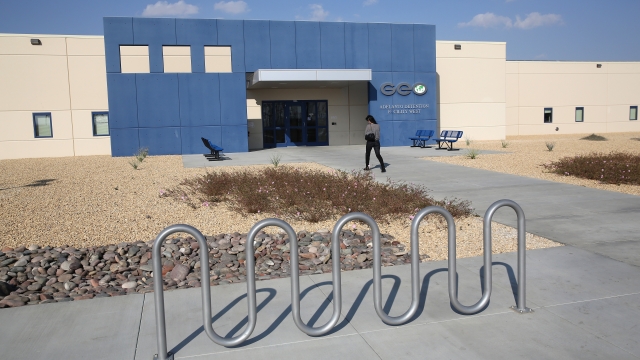 Supporters of the law argue that private, for-profit prisons contribute to over-incarceration and are not as concerned with rehabilitating inmates.

The law bans future contracts between the California Department of Corrections and Rehabilitation and private corporations that incarcerate state prison inmates. The bill would ban future contracts starting in January 2020 and phase out existing contracts by 2028.

The bill was amended in June to include detention facilities used by Immigration and Customs Enforcement.

During his inauguration speech in January, Newsom made clear his stance on the matter, saying, "We will end the outrage of private prisons once and for all."

Supporters of the law argue private, for-profit prisons contribute to over-incarceration and are not as concerned with rehabilitating inmates. But opponents argue the ban will lead to prison overcrowding problems the state has faced in the past.

According to The Guardian, as of June, more than 2,200 inmates in California were being held in for-profit facilities.