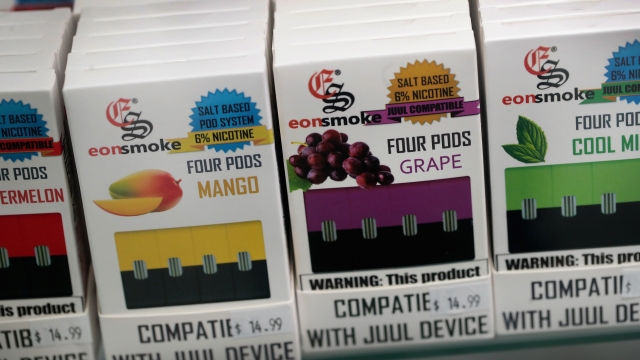 ​The bill goes further than the FDA's proposals in that it would also ban menthol-flavored cartridges and refillable, tank-based vaping devices.

On Monday, a coalition of 30 state lawmakers and California's lieutenant governor announced their support of a new bill to ban the sale of flavored tobacco products in California stores. The FDA recently announced plans to crack down on all flavored cartridge-based products, but the California bill goes a step further. According to The Los Angeles Times, it would prohibit menthol-flavored cartridges, as well as refillable tank-based vaping devices. It would also ban flavored cigarettes, cigars, chewing tobacco and hookah products. The measure would not apply to products sold online.

State Sen. Jerry Hill, the chief architect of the bill, said flavored tobacco products "insidiously entice children, teens and others into unhealthy and potentially life-threatening habits." He said his bill "is aimed at getting this death bait off store shelves: No flavored tobacco products, no exceptions, regardless of the device, the delivery system, or the product."

If the legislation becomes law, California would be the second state after Massachusetts to permanently ban flavored e-cigarette sales. The Massachusetts ban will go into effect June 1.