Why Is California Classifying Bees As Fish? 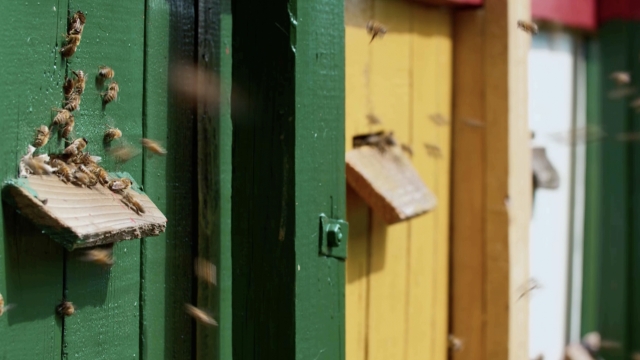 California's state Endangered Species Act is now classifying bees as fish to protect them against insecticides that kill them.

A California judge has ruled bees are fish. Yep.

It has to do with a conservation group's fight to get bees listed as 'endangered' so they can get California's protection against being killed.

The state's Endangered Species Act is intended to protect "native species or subspecies of a bird, mammal, fish, amphibian, reptile, or plant."

But do note, insects aren't listed.

The judge said lawmakers' "term of art" in defining one of these terms helped out the striped queens of honey.

See — the way laws are written; you can kinda make your own language out of them.

That's because when you specifically define a word, it can take on a whole new meaning from the way we traditionally use it.

If you wrote a bill saying methamphetamine was illegal, but defined methamphetamine as "green, leafy produce and ground-grown, seed-bearing crops" boom, you just outlawed vegetables.

In this slightly less absurd instance, the lawmakers who wrote California's Endangered Species Act defined fish as "a wild fish, mollusk, crustacean, invertebrate, amphibian, or part, spawn, or ovum of any of those animals."

Guess what? Bees are invertebrates.

Thus, as far as California's Endangered Species Act is concerned, bees are fish.

The ruling means some farmers in California probably have to reduce grazing, and many can't use certain insecticides that pose a risk to bees.

That's a headache for them, to be sure, but it gets more complicated.

Take citrus growers, for instance — they often use bees to speed up and spread out pollination.

Some have beekeepers on their properties.

But if they don't use insecticides intended to keep other insects away, their crops could die.

And the risk of using chemicals while having bees on the property would be too great.

Even accidentally killing an endangered species is a liability risk for farmers.

That raises costs for everyone.

But conservationists are cheering the move, and English-speakers everywhere are wondering if they truly understand their own language or the American legal code.