Hundreds Of Thousands Of People In California Evacuated From Wildfires 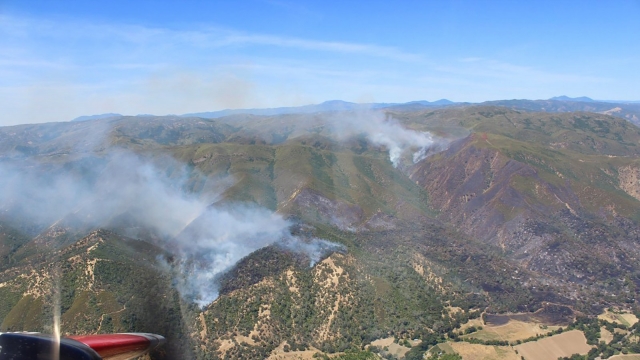 There are several fires raging through parts of California.

Millions of people are without power and hundreds of thousands have evacuated parts of California amid what the National Weather Service called "extremely dangerous fire weather conditions."

Let's get you up to speed: There are several fires raging through parts of the state. As of Monday morning, the Kincade Fire in Sonoma County scorched some 66,000 acres, destroyed at least 96 structures and threatened almost 80,000 others, and was only 5% contained. That blaze ignited Wednesday night. The Tick Fire in Los Angeles County started Thursday afternoon. So far, it's burned at least 4,600 acres, destroyed some 22 structures and was 70% contained.

And, on Monday, the Los Angeles Fire Department said a "very dynamic fire" — dubbed the Getty Fire — was moving in a "westward direction driven by high winds." LAFD said over 10,000 structures — residential and commercial — are in mandatory evacuation zones.

California Gov. Gavin Newsom declared a statewide emergency Sunday "due to the effects of unprecedented high-wind events which have resulted in fires and evacuations across the state."

Thousands of local, state and federal personnel are assisting with the fires — over 4,100 for the Kincade Fire alone. Newsom said the state is "deploying every resource available, and are coordinating with numerous agencies as we continue to respond to these fires."

On top of all of that, "historic" winds in California led the state's largest energy provider PG&E to start cutting power to about 2.35 million people on Saturday. The company says it's a precautionary measure to prevent company equipment from starting any fires.