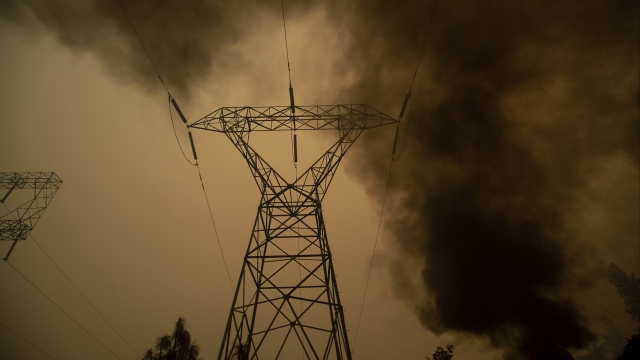 A California heat wave triggered rolling power outages for more than 300,000 residents Friday, as fires continue to blaze in both Northern and Southern California.

The agency that controls the state's power grid issued a Stage 3 emergency, something it hasn't declared statewide since 2001.

Now, an excessive heat warning is in place for Western states, worsening dangers for several states battling wildfires. Temperatures are expected to climb from the upper 90s in coastal areas to 107 degrees Fahrenheit in parts of the Plains to 125 degrees in some desert regions.

Not only does the heat make it harder for firefighters battling the blazes, but hot temperatures with low humidity and wind could make fires spread more rapidly.

Parts of Northern California have been ablaze since Wednesday. In Southern California on Saturday, the Lake Fire north of Los Angeles and the nearby Ranch Fire remained largely uncontrolled. Nearly 100,000 acres have burned in California, Oregon and Colorado.

There's still no stated cause for most of the fires. But authorities believe human activity caused one Oregon blaze that forced the evacuation of nearly 600 homes.