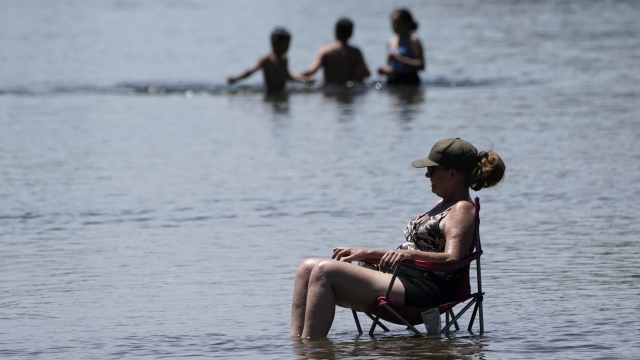 California now has a statewide "flex alert" to conserve energy to help the state avoid rolling blackouts amid triple-digit temperatures.

Triple-digit temperatures are scorching much of California.

At a community center near Santa Rosa, organizers have set up a cooling center to get people out of the dangerous heat.

"We know that it’s hot," said Marlo Carreno, with the Sebastopol Community Center. "People are struggling out there.”

California’s Central Valley, including Fresno, Bakersfield and Sacramento, is the hottest place on the map for days to come.

Some areas are barely escaping the heat even at night. The low in Bakersfield Wednesday was 81 degrees.

The spread and severity of the heat is prompting the state’s electrical grid operator to issue a statewide alert, urging energy conservation from 4 to 9 pm. — the time of day when energy demand is at its highest — to try to avoid power outages.

While certain regions of California are used to the alerts, it’s the first statewide alert this year. As the West faces a drought and dwindling water supply, it’s a reminder of how severe the region’s present and future can get.

"If you think that you are going to avoid this and do a rain dance or pray or whatever that we have a great winter, you are insane," said Pat Mulroy, former CEO of the Southern Nevada Water Authority.

The heat is getting worse all over the country, too.

In Florida, forecasters are looking at record-hot summers that are only getting hotter.

"Our heat index in the summertime ranges between 100 to 105 most every day, but with our warming temperatures we’re going to see more of 105 to 110," said Daniel Noah, a Florida meteorologist.

Today in California, it’s a local symptom of a global problem challenging humans to adapt how we live.