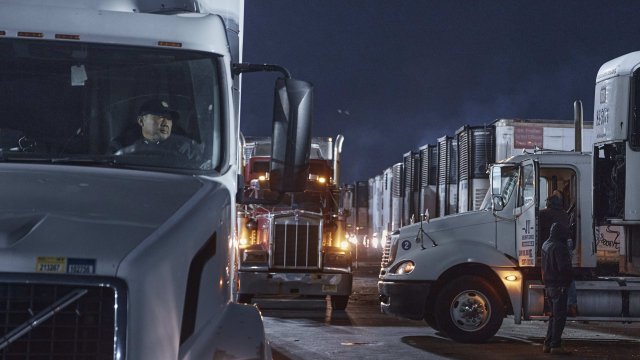 The case was one of several sexual assaults against women in trucking covered last month in our Scripps News documentary series “In Real Life.”

Female truck drivers reacted with a mix of outrage, sadness and frustration after Public Integrity and Scripps News published an investigation showing an alarming pattern of sexual violence in the trucking industry and the failure of companies to address it.

One former truck driver said she was raped by her trainer more than 10 years ago and that the company she worked for didn’t seem to care. Others who responded described similar stories of harassment and abuse behind the wheel.

In Real Life: Attacked Behind The Wheel

Women truck drivers say the companies they work for could do more to protect women from assault and harassment while on the road.

“The sad thing is, most women I have met out here have a story about experiencing workplace violence,” a truck driver based in Georgia wrote on Facebook.

Their personal accounts reflect those of many women trying to break into the male-dominated trucking industry. Public Integrity and Scripps News’s three-month investigation and documentary identified more than 30 women learning to drive commercial trucks who said they were sexually abused by their trainers or co-drivers in the past 18 years at companies that run apprenticeships with the U.S. Department of Labor.

In response to the reporting, a California law enforcement agency said that it opened an investigation into the sexual assault reported by one of the women interviewed for the project.

Read about the latest developments at the Center for Public Integrity.