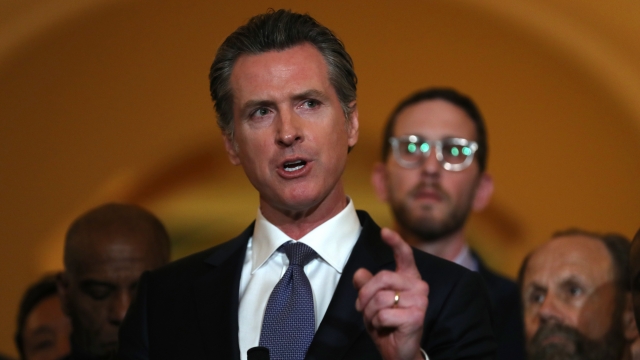 A new California law requires candidates running for president or governor to release their tax returns in order to appear on primary ballots.

President Donald Trump's lawyers are reportedly taking California to court after the state passed a law that would require the president to release his tax returns.

California Gov. Gavin Newsom signed the Presidential Tax Transparency and Accountability Act on Tuesday. It requires any candidate running for president or governor to release the last five years of their tax returns before they can appear on primary ballots. The law includes an urgency clause, meaning it's effective immediately.

In a statement, Newsom wrote: "The disclosure required by this bill will shed light on conflicts of interest, self-dealing, or influence from domestic and foreign business interest."

President Trump is set on keeping his tax information private, but Democrats are pushing for its release. Earlier this month, the House Ways and Means Committee filed a lawsuit to get President Trump's New York state tax returns. But he later filed his own lawsuit to prevent the committee from getting them.

And the president's personal attorney, Jay Sekulow, told Politico in an email: "The State of California's attempt to circumvent the Constitution will be answered in court."

Even if the law stands up to legal challenges and President Trump still doesn't release his tax information, his electoral vote count in 2020 probably wouldn't be affected — California is a Democratic stronghold. But the president did win 25 counties and roughly one-third of the state's voters in 2016.