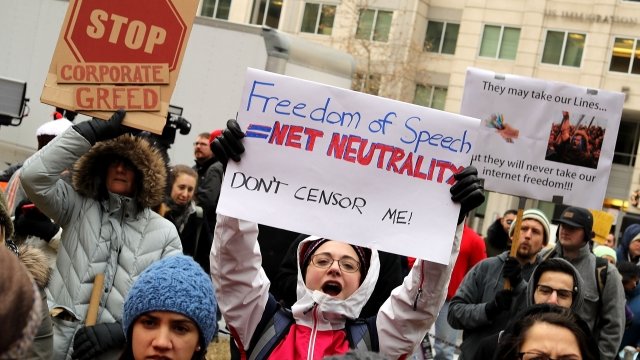 California could be heading for a showdown with federal regulators after passing some of the toughest protections for net neutrality yet.

California could be headed for yet another showdown with federal regulators — this time over net neutrality.

The state's legislature on Friday passed a law that would re-institute net neutrality protections the FCC did away with in December.

The law makes it illegal for internet service providers and mobile carriers to throttle data or prioritize some websites and apps over others.

When the FCC voted to do away with Obama-era net neutrality protections, it also instituted a rule that states could not enact their own versions of those protections.

California has fought the Trump administration's deregulation efforts in the past, including suing the EPA over emissions standards.

Gov. Jerry Brown now has until Sept. 30 to sign the bill into law.