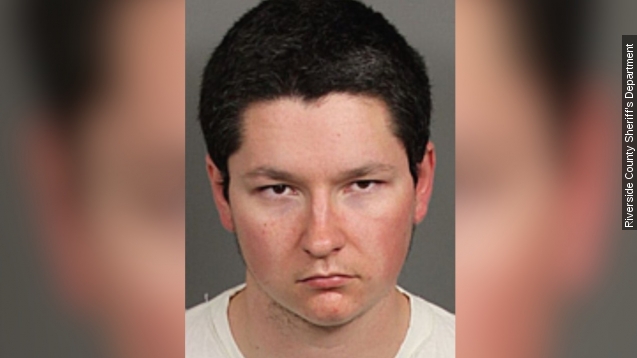 Authorities have arrested and charged a man in connection with a fire at a mosque in in California.

Authorities say they have a person of interest in an investigation of a mosque fire in southern California.

Carl James Dial was arrested Friday and is being held on multiple charges, including felony commission of a hate crime and arson. (Video via MSNBC)

"It appears some kind of incendiary device or something was thrown at the doors of the mosque and created a small fire," Riverside County Supervisor John Benoit said.

This is apparently not the first time the mosque has been targeted. CNN cited a report by KMIR that last November someone fired four shots at the mosque. No one was hurt and KMIR says there's been no arrests in the case.

According to a study by the Council on American-Islamic Relations cited by CNN, attacks on mosques are becoming more common. So far, this year there have been 63 incidents at mosques. That includes everything from vandalism to harassment.

Just last month, 17 incidents took place, many after the terrorist attacks in Paris that killed 130 people.

The FBI and ATF have both joined the investigation into the fire in California. Dial is being held on $150,000 bail