California Officials Warn Of Possible Blackouts Due To Extreme Heat 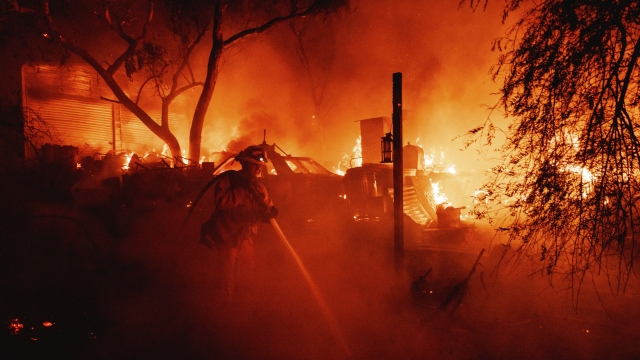 California is experiencing a major heatwave that may cause a statewide blackout due to extreme temperatures.

California's beaches are about the only bearable place to be as the state endures what is now a week of scorching, triple-digit temperatures.

The state's electric grid operator anticipates its highest demand ever in the month of September.

"This heat wave is on track to be both the hottest and the longest on record for this state and many parts of the west for the month of September," said California Governor Gavin Newsom.

Now leaders are increasing the urgency of their warnings to Californians about rolling blackouts if they can't conserve enough electricity to avoid forecasted shortfalls.

They issued a level three alert Tuesday evening, just one step away from ordering rolling blackouts.

"Just go out early in the morning, and then stay home. That is how I would describe it. It is hot," said Marilyn Abrams, who is visiting Southern California.

The temperatures have offered no help to firefighters battling more than a dozen blazes across the state.

Near Los Angeles, the so-called Fairview Fire is now deadly and is blamed for two deaths.

The fire is burning uncomfortably close to homes.

Firefighters feared it would explode in the hot, dry conditions this week.

The temperatures are not isolated to California.

In Sacramento it hit 114 degrees.

In Utah, Salt Lake City is having its hottest summer on record.

Fish are washing up dead in the Lost Creek Reservoir where a shrinking water level heats up faster during the day, and deprives fish of oxygen.

It's been a challenge to keep people safe and keep the power on in an oven-hot West.