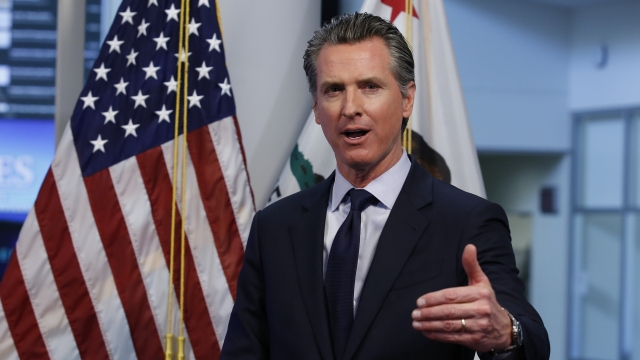 California Gov. Gavin Newsom said Thursday the state will have a projected $54.3 billion budget deficit through fiscal year 2021 because of the coronavirus pandemic.

Newsom's administration is projecting a $41.2 billion drop in revenue. It also estimates the state's 2020 unemployment rate will be at 18%, higher than what it was during the Great Recession.

On Friday, California's nonpartisan Legislative Analyst’s Office released different numbers. It said the state's budget gap will last until at least 2024 and can expect budget deficits averaging up to $30 billion per year.

California is currently under a mandatory stay-at-home order to prevent the virus' spread, which has forced most businesses to close. More than 4 million people in the state have filed for unemployment benefits.

Newsom said he's optimistic the state will get through this difficult time by working together, but stressed that more federal support is needed.

"But because of this pandemic, because of what it has done, these revenue shortfalls are bigger than even the state of California. We need the federal government to recognize this."

Newsom is expected to release an updated spending plan next week, but with it could come huge cuts to public education.