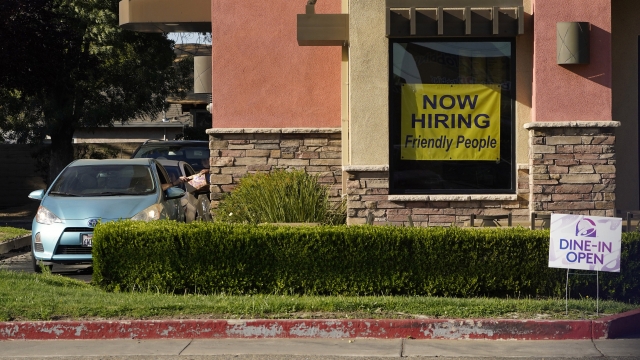 California businesses with 26 or more employees will have to pay a minimum wage of $15 an hour starting January 1.

Thanks to a new state law, California businesses with more than 26 employees will have to pay workers at least $15 an hour starting in the new year. California already has the second highest minimum wage in the country, well above the federal minimum of $7.25.

Democrats in Congress tried to raise the minimum wage to $15 nationally as part of the COVID relief package earlier this year,  but failed.

The movement is happening at the state level. In 26 states and Washington, D.C., lawmakers decided to bump up the salaries of the lowest paid workers in 2022. But it's not just politicians coming under pressure from workers. It's also companies.

For example, workers at a Walmart in North Carolina went on strike in November, demanding the company, whose CEO made $22 million last year, raise its minimum wage to $15.

In a statement to Newsy, Walmart says its average hourly wage in the U.S. Is now $16.40 and the company plans to move two-thirds of its store-level hourly roles to full time.

A recent study by the Brookings Institution found that wages at Walmart increased during the pandemic.

But rising inflation has wiped out most of the wage gains. The real increase became much smaller than the nominal increase they received.