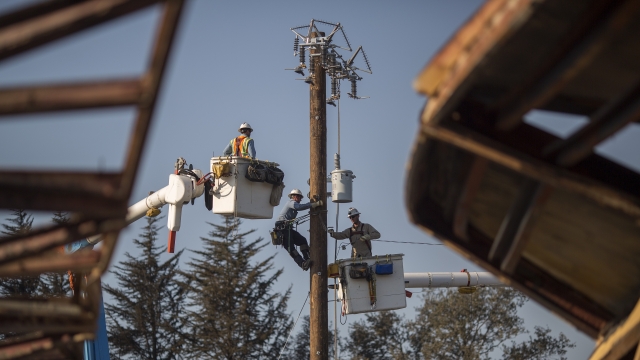 Several utility companies will be investigated after they proactively cut power to millions of people in an effort to prevent wildfires.

California's utility regulator has opened a formal investigation into several of the state's utility companies after they proactively cut power to millions of people in an effort to prevent wildfires.

The California Public Utilities Commission unanimously voted in favor of the investigation into half a dozen power companies Wednesday, including the state's largest utility company, Pacific Gas & Electric. The regulator listened to public testimonies from many directly affected by the fires.

The investigation will look into whether the companies made the decision to shut off power as a "last resort" and if any requirements for power shut-off events should be changed in the future.

The California Public Utilities Commission is also requiring PG&E to prove why it shouldn't be sanctioned for violating a number of state utility codes over its power shut-offs.