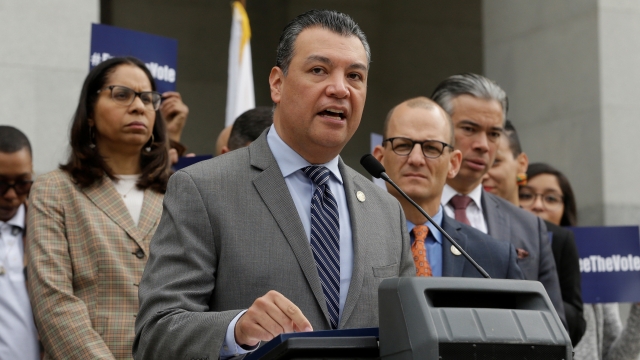 History was made in California yesterday during a zoom call when California Gov. Gavin Newsom named Alex Padilla to fill the Senate seat of Vice President-elect Kamala Harris.

"Can you imagine what your mom would say if Iask you to be the next senator of California?," said Newsom.

A pretty neat moment. The gravity was not lost on Padilla.

He will be the first Latino to serve as Senator in California. And he will fill the role until Harris' term ends in 2022.

Harris was the only Black woman in the Senate. Some said Newsom should have appointed a woman of color to fill her seat.