California To Look At Recall Process 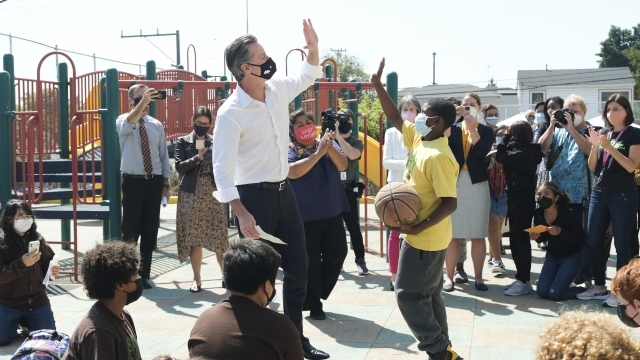 This week's recall election was the second time Californians went to the polls to decide the fate of a sitting governor.

California Gov. Gavin Newsom is breathing easier after he survived his recall attempt this week.

Critics say the the threshold to recall an official is too low and is a waste of taxpayer dollars.

The state spent roughly $270 million in this latest recall attempt.

Newsom said the process has been "weaponized" and is bracing for another recall effort.

Newsom took 66-percent of the votes out of 46 candidates.

"It's a strange place to be as someone that, you know, might be on the receiving end yet again," he said. "If past is prologue, this is the sixth recall effort in the two and a half years I've been governor, might suggest that process may unfold yet again."

This week's recall election was the second time Californians went to the polls to decide the fate of a sitting governor.

The other recall election was in 2003, which resulted in Gray Davis losing his seat, with Arnold Schwarzenegger replacing him.