California To Require Most Schools To Teach Online During Outbreak 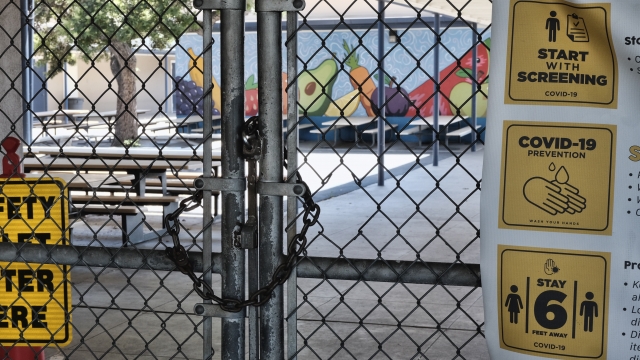 California Gov. Gavin Newsom announced new rules Friday to require most of the state's K-12 schools to move online during the coronavirus outbreak.

Newsom is ordering counties with high infection rates to close campuses. And here's the potential impact: 80% of the state's population live in areas that would have to shut down schools based on current data. Thirty-two of California's 58 counties are on the state's watch list, including much of Southern California and the San Francisco Bay Area.

Once schools meet public health standards, they can open campuses.

For schools that do open, the state rules say that there must be online options for students and staff who are at higher risk for the virus. Other measures include requiring most students to wear masks, providing daily monitoring of staff members for symptoms and suspending use of communal items such as drinking fountains.