Calling For A Constitutional Convention Is A Tall Order 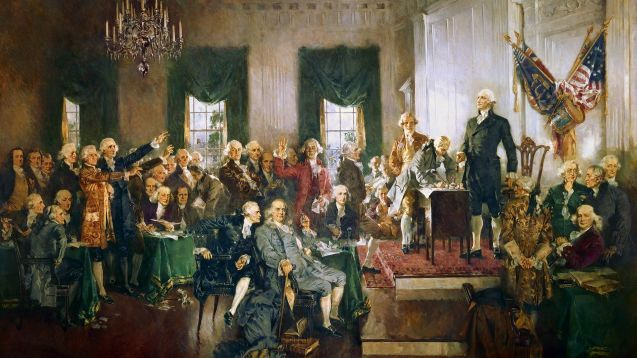 Texas Gov. Greg Abbott is the latest Republican to request a Constitutional Convention.

A growing number of Republicans are calling for an event not seen since the country’s founding.

Texas Gov. Greg Abbott announced he, too, wants a Constitutional Convention to amend the Constitution.

Specifically, Abbott is calling for nine amendments. They include requiring Congress to balance the budget and giving states the power to override Supreme Court decisions.

A little history lesson here. Article V lays out two ways to change the Constitution: Congress can either propose an amendment or a Constitutional Convention can be called.

Abbott, along with some prominent Republicans and presidential candidates, support holding one.

Thing is, the Founding Fathers made it really difficult to do that.

Thirty-four state legislatures have to agree to it, and whatever changes they propose would need to be ratified by at least 38 states.