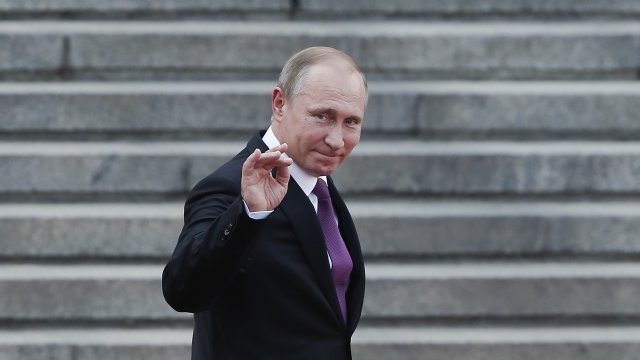 The country has already expelled 23 diplomats from the U.K. and more than 100 from other countries.

Russia has expelled even more British diplomats in an escalating row over accusations the Kremlin was behind a nerve agent attack in the U.K.

After the U.K. ordered 23 Russian diplomats to leave the country, Russia responded by expelling 23 British diplomats.

Now, Russian officials say the two countries should have an equal number of diplomats in one another's territory. Russian Foreign Ministry spokeswoman Maria Zahkarova told Reuters: "We asked for parity. The Brits have 50 more diplomats than the Russians." According to Reuters, that means the U.K. will have to cut more than 50 diplomatic and technical staffers on top of the 23 diplomats who have already gone home.

Other countries also expelled Russian diplomats following Prime Minister Theresa May's assertion it was "highly likely" the Kremlin was involved in the poisoning of a former Soviet spy and his daughter. Moscow has responded to those expulsions as well, ejecting 60 U.S. diplomats and another 59 diplomats from various countries.

Russian officials have denied any involvement in the attack.