Indigenous Cambodians Fight Dam That Will Flood Their Land 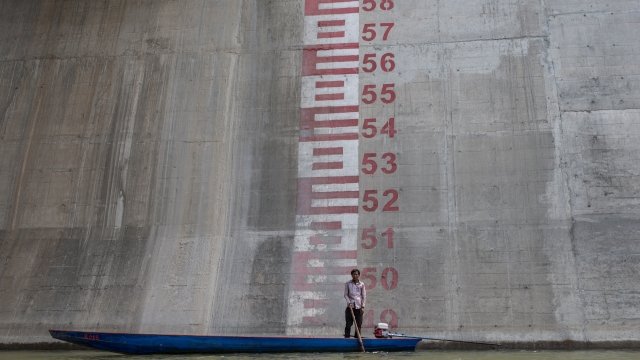 The government wants people to relocate, but some are putting up a fight.

Some of Cambodia's indigenous people are going up against the creation of a massive dam.

Once completed, the dam would flood areas these people call home. The government has offered them compensation and asked them to move to resettlement areas.

And while some people have accepted the government's compensation offers, many affected communities say it isn't enough. They argue it doesn't cover health care or education.

History Made: Cambodian-American Woman Elected To US Public Office

And for many of Cambodia's indigenous people, this land is invaluable. It's an important part of their cultural and spiritual identities, as well as a connection to their ancestors.

Local outlets say more than 100 families are refusing to leave, and some villages have joined together to keep out Cambodian officials.

"We will not abandon here. We will struggle to live in my birthplace. Even if they build a good house or compensate us, we will not accept it at all," said Srang Lang, a Buong villager.

Tests of the dam have been happening since June. But it's clear the government wants to open it soon.

The dam would produce much-needed power for Cambodia, a country where about half the population doesn't have electricity.