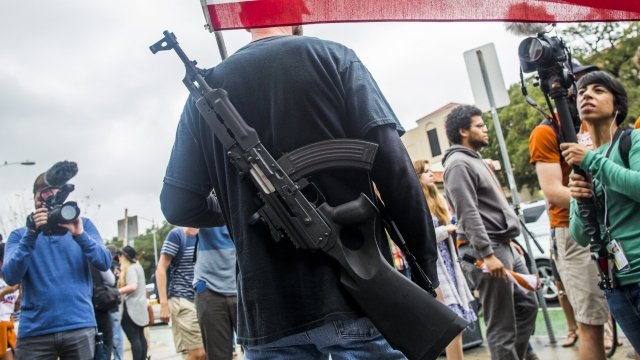 University of Houston professors might have new teaching guidelines after the state passed a law that allows legal gun owners to carry on campus.

The new campus carry law in Texas doesn't go into effect until August, but professors are already proposing changes to the kinds of topics they cover at the University of Houston.

First a refresher: The law allows licensed gun owners who are at least 21 to carry concealed weapons on public campuses and in classrooms.

And now, some UH professors are reportedly proposing guidelines that, among other things, tell teachers to be careful about discussing "sensitive topics," to possibly drop certain topics from the curriculum and to "limit student access off hours."

To be clear, these are just proposals; there's no official policy from the university yet, but the school says a draft will be out next week.

Critics of the bill voiced concerns over how guns in the classroom might affect how professors teach.

The UH faculty senate wrote a resolution, saying guns didn't belong at universities and added, "The diverse campus communities and free academic discourse are especially threatened by the presence of deadly weapons in teaching, research and living spaces."

UH isn't the only school that may need to make some changes. Just last week, the president of the University of Texas at Austin said he opposed the law but would follow it.

When the law takes effect, Texas will join seven other states that allow concealed weapons on public university campuses.