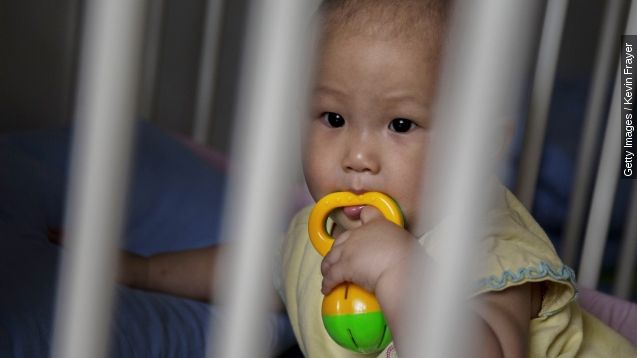 China has brought an end to its three-decadeslong one-child policy. Chinese couples will be allowed to have two children starting Jan. 1, 2016.

China's more than 30-year-old one-child policy is drawing to a close. The country's lawmakers passed an amendment to the policy, and it's plain and simple: "The state advocates that one couple shall be allowed to have two children."

The policy was put in place to stave off rapid — and potentially damaging — population growth in the country. Officials were worried there would be too many people with too few resources available to them.

But three decades later, China's population is growing old, and there aren't enough young people to balance the scales.

But there's a possible problem: Some suggest a change in policy won't be enough to encourage more childbirth in the country.

"The cost of living is very high in Chinese cities like Beijing, Shanghai. Many couples may choose to opt out of having a second child," said Kristie Lu Stout in a video from CNN.

And that sentiment seems to be backed by the numbers. In January, state-run Xinhua reported an estimated 30,000 Beijing couples applied to have a second child under the country's relaxed regulations on the one-child policy. Officials expected at least 50,000 would have applied.