Can Intel Save Google Glass? 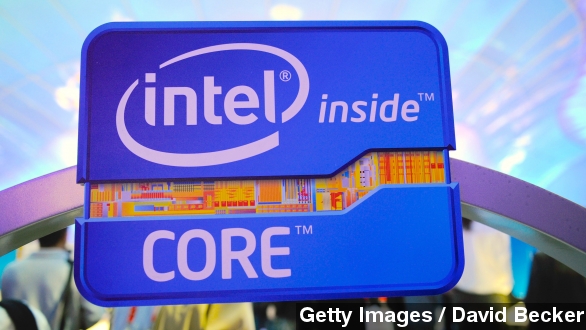 A new report from The Wall Street Journal says Google will be replacing the Texas Instruments processor in Google Glass with one from Intel.

A quick glance at tech media, and you'll find there's no shortage of obits, gloomy reports, and break-up letters for Google Glass.

But despite all the naysayers, Google isn't ready to throw in the towel just yet.

According to a new report from The Wall Street Journal, Google's planning a new iteration for its tech-specs, due in 2015. (Video via Google)

And while we don't know much about the changes just yet, The Journal reports Google's planning to swap out Glass's processor. The company will reportedly replace the current Texas Instruments processor with one from Intel.

And if people familiar with the matter are to be believed, the deal is a mutually beneficial one. Google gets a battery-conscious processor and Intel gains more ground in the wearables market.

"The company was late to the mobile market, as smartphones and tablet makers sidestepped its x86 chips in favor of rival products ... [Intel's CEO] is determined to avoid the same fate in wearable technology," writes The Wall Street Journal.

Intel will also help to promote Google Glass as a commercial device — one that could be used by doctors, trainers and manufacturing companies. (Video via Augmedix)

Still, does partnering up with Intel really resolve the issues some have with Google Glass? Sure it helps make Glass a viable business product but what about a consumer-focused one?

Well, a writer for The Verge suggests a new processor “could signal a more thorough overhaul of the entire wearable.”

And since the look of Glass — the aesthetic appeal — is the biggest complaint, maybe Google's next iteration will be more fashionable.

And since Intel's really good at making chips, it could help cut down on that consumer unfriendly $1500 price tag.

It's important to note, though, that price tag is a bit inflated. A teardown by IHS Technology revealed Google Glass's parts cost the company just over $150.

And it's also likely Google will slash that $1500 when the company releases a consumer version of Google Glass in 2015.

If nothing else, Google's partnership with Intel signifies its confidence in the device. When we do eventually see a consumer-focused version it'll be one Google is confident will sell.