Can Malaysia Airlines Recover After Another PR Flub? 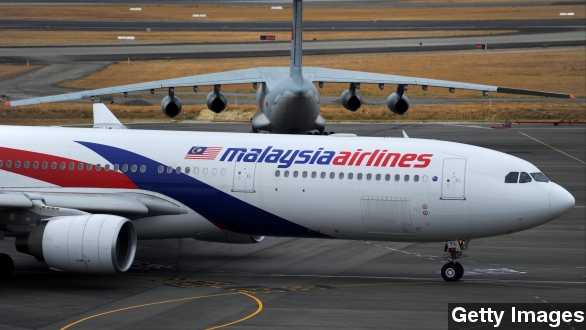 In a now-deleted tweet, the company sent a message promoting its end-of-year sales that asked, "Want to go somewhere, but don't know where?"

From any other airline, that message wouldn't have been controversial. But coming from Malaysia Airlines, it kind of sounds like they're referencing the worst aviation disasters of the year.

In March, flight MH370 vanished somewhere over the Indian Ocean along with 238 passengers and crew. (Video Via CNN)

And in July, 298 people were killed when MH17 was shot down in eastern Ukraine. (Video Via BBC)

As you can imagine, the tweet didn't go over well, with media outlets calling it insensitive and offensive.

The airline later apologized, saying the message "was intended to inspire travelers." But this isn't a one-time thing. The airline has had a string of incidents relating to its marketing.

A few months after MH370 disappeared, the airline launched a competition called "My Ultimate Bucket List," asking customers to submit their dream destinations for a chance to win plane tickets or an iPad.

The decision to make a contest based off a "bucket list" — a list of things you would like to do before you die — while search teams were still attempting to find the missing plane was seen as being in poor taste. Malaysia Airlines ended up abandoning the idea.

That choice has drawn some backlash from both the U.S. government and those who accuse Russia of supplying the missiles that shot down MH17 over Ukraine.

So that's two disasters and three ill-advised PR moves in one year. It shouldn't be any surprise then that big changes are in store for Malaysia Airlines.

The company is set to be taken over by a branch of the Malaysian government by the end of the year, and 6,000 workers — or about 30 percent of the airline's total workforce — are expected to lose their jobs.

The goal is to make the airline profitable again by 2017, but it has a long way to go. Back in July, an aviation analyst told NPR the airline was losing about $1.7 million a day.