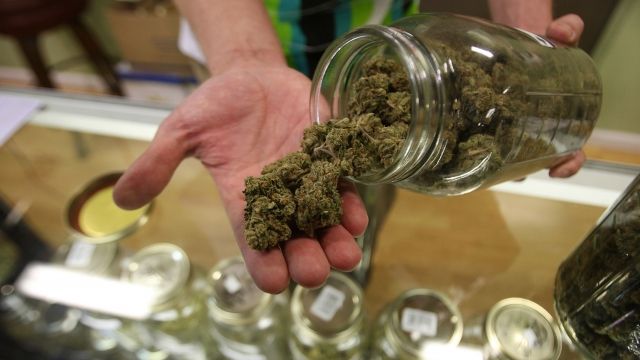 It was one of Prime Minister Justin Trudeau's most controversial promises.

Recreational marijuana might be legal in Canada as early as next year.

An anonymous government official told CBC about plans to introduce a new bill in early April that would legalize marijuana.

The idea is a mix of federal and provincial control. While the federal government would have licensing power over marijuana producers, provincial governments would oversee distribution and pricing.

No one younger than 18 could buy, but provinces could raise that age requirement. Another proposed rule says households could grow only four marijuana plants.

Legal Weed's Popularity Could Be An Obstacle For White House Crackdown

Support is at an all-time high (and growing).

Also, many of the reported guidelines in the bill closely mirror recommendations from a federal Canadian task force.

One of Prime Minister Justin Trudeau's most controversial campaign promises was to legalize recreational use of the drug.

But marijuana advocates have said they've felt cheated, claiming Trudeau's administration has been stricter than previous conservative ones.

Police raided several dispensaries across the country earlier in March.

Legalizing marijuana is also a goal of Trudeau's Liberal Party. The party says the unregulated marijuana market makes it too easy for children to get pot. The party also wants the government, not criminal enterprises, to profit from marijuana sales.

CBC reports the new legislation would go live July 1, 2018. It would need to pass Canada's House of Commons and Senate before becoming law. As of Tuesday morning, federal officials hadn't said anything about the CBC story.