Canada To Claim The North Pole As Its Own 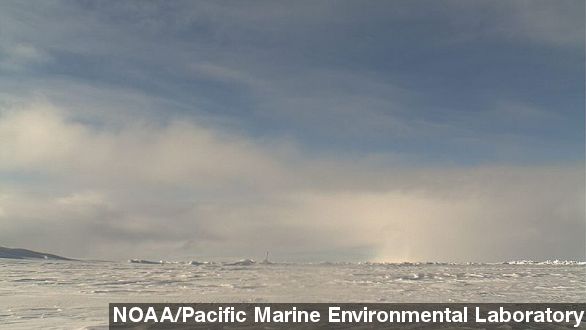 In an initial submission to the United Nations, Canada requested its nautical border be extended by about 1.2 million square kilometers.

Move over, Santa Claus. Canada has set its sights on your backyard.

The Great White North wants a piece of the North Pole and its surrounding Arctic waters. In an initial submission to the United Nations, Canada requested its nautical border be extended by about 1.2 million square kilometers. (Via BBC)

Currently no country has political sovereignty over the Arctic. Instead, the region is supervised by the United Nations. Under international law, coastal states can claim territory up to 200 nautical miles beyond their northern coasts. (Via Google)

But if countries can prove part of their continental shelf extends beyond that, then the U.N. will consider expanding their current ownership.

But Canada hasn’t gotten around to fully mapping out the area and officials admit they don't have the scientific evidence to back up their claim just yet.

Plus, Russia and Denmark have also claimed parts of the North Pole as their own. They too, say an underwater mountain range known as the Lomosovov Ridge links the North Pole to their own countries. (Via Time, The Huffington Post)

And Russia means business. It planted its own titanium flag on the seabed at the North Pole back in 2007. (Via RT)

And now The Globe And Mail reports Russia President Vladimir Putin ordered his country’s military boost its presence in the Arctic after hearing about Canada's move.

Despite the remoteness, there’s a reason all these countries are so eager to lay claim to the North Pole. According to the U.S. Geological Survey, it's home to one-third of the world’s undiscovered natural gas, along with 15 percent of its oil. (Via YouTube / Quark Expeditions)

Then again, Canada’s bold assertion may have more to do with political ambition than it does resources. A professor at the University of British Columbia who specializes in Arctic sovereignty told The Verge:

"The North Pole has extreme emotional value; people have an image that's essentially of Santa's workshop …  So there's a huge domestic political angle to this, the idea of claiming the North Pole for your country."

But don’t expect a Canadian Christmas in the North Pole this year — Canada’s government says the material it submitted is only preliminary and experts say it could take up to 10 years before Canada completes the U.N. process.