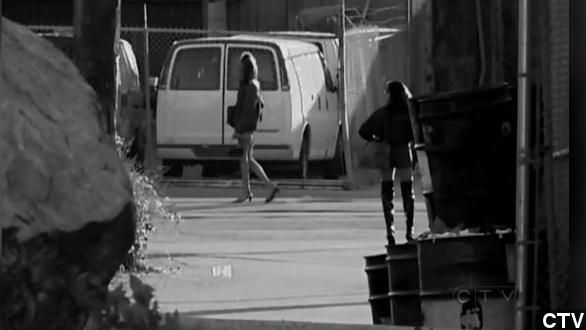 The Canadian Supreme Court has unanimously struck down the country's anti-prostitution laws.

The Canadian Supreme Court has unanimously struck down the country's anti-prostitution laws, a decision that's earning praise from sex workers who have been campaigning for safer working conditions.

The three laws struck down by the court prohibited ownership of a brothel, living on the avails of prostitution, and communicating in public for purposes of prostitution. (Via CTV)

The court said those laws didn't stand up to the country's Charter because they infringed on the rights of prostitutes and deprived them of security. (Via BBC)

"The Supreme Court didn't make any judgment about prostitution itself. It didn't say whether it was right or wrong, whether it should be regulated or not. It just said it's not the Court's job to try to regulate it." (Via CBC)

Prostitution is technically legal in Canada, but the three laws struck down by the court sought to address what lawmakers considered criminal acts that often accompanied prostitution. (Via Global Toronto)

But sex workers have said those laws put them in danger. Prostitution advocates pointed to a 2007 case in which a serial killer murdered six prostitutes in British Columbia.

The court addressed the case by saying: "A law that prevents street prostitutes from resorting to a safe haven such as Grandma's House while a suspected serial killer prowls the streets, is a law that has lost sight of its purpose." (Via iPolitics)

The landmark decision did come with some scrutiny. Opponents called it a blow to women's safety and equality. Others said the ruling makes it easier for women to be exploited into prostitution. (Via Al Jazeera)

The ruling does say that the current laws will stay in effect for another year. That clears a path for the Canadian Parliament to craft new laws addressing the issue. (Via Toronto Star)

The Canadian prime minister has yet to comment on the issue. Justice Minister Peter MacKay released a statement saying he would take a closer look at how to address harms that flow from the sex trade to communities.