Canadians Head To The Polls For General Election 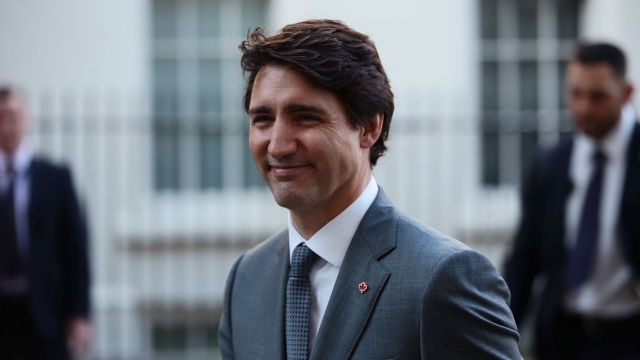 Prime Minister Justin Trudeau is in a tight race this time around, polling nearly even with Conservative Party leader Andrew Scheer.

Canadians are heading to the polls for what looks to be a tight general election Monday. Prime Minister Justin Trudeau is seeking his second term in office with his Liberal Party with the hopes of securing a majority government once more.

In the 2015 election, Trudeau and his Liberal Party were able to secure 184 seats to form a majority.

But this time around, Conservative Party leader Andrew Scheer is polling nearly even with Trudeau, followed by progressive New Democratic Party leader Jagmeet Singh. Scheer has campaigned with proposals for massive tax cuts, while Singh has pushed for climate action and a government-funded drug program.

Trudeau made Paris climate accord targets a major focus of his first term, as well as resettling refugees from Syria and Iraq in Canada. But his time in office has been marred by a couple of scandals, including photos that surfaced recently that show him wearing blackface at a party nearly 20 years ago.

Former U.S. President Barack Obama tweeted support for Trudeau, saying, “The world needs his progressive leadership now, and I hope our neighbors to the north support him for another term.”

According to the Associated Press, 1935 was the last time a first-term Canadian prime minister with a parliamentary majority lost a bid for re-election.

Health care and climate change are the top concerns for voters in this election. But as CNN notes, there aren't any hot button issues likely to swing the vote significantly toward one party or leader.

Preliminary results from the election as the first polls close in the country Monday night, can be found here shortly after 7 p.m. ET.