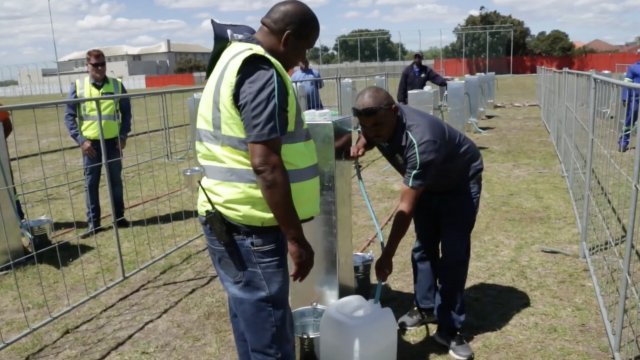 Although the "Day Zero" deadline has been extended to June 4.

The drought in Cape Town, South Africa, has been declared a national disaster.

The decision was made after "a reassessment of the extent and severity of the current drought." Cape Town has been in a drought for three years. Officials previously said "Day Zero," the day the city is supposed to completely run out of water, would happen in April.

But thanks to water saving measures, that date has been pushed to June 4.

Still, the drought has had major impacts on residents. The approximately 13 gallon water limit is enough for one toilet flush and one quick shower a day, when accounting for other needs like washing one load of laundry a week. Americans use close to 100 gallons of water a day.

Now that the water crisis in Cape Town has been declared a national disaster, relief efforts will fall to the African National Congress.