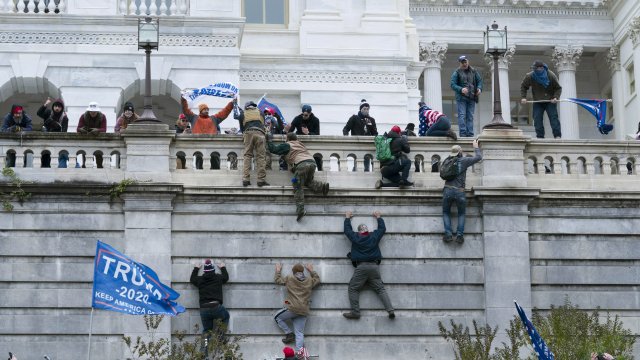 While rivals derided "fragile" U.S. democracy, allies remained hopeful about the incoming Biden presidency and the resilience of U.S. institutions.

Images of a violent mob invading the seat of the world's most powerful democracy stunned people around the world — and dealt one more blow to America's global credibility.

"You're already going from a case of where the U.S. reputation was not sterling to bringing it down further," said Paul Poast, a professor of political science at the University of Chicago.

One after the other, foreign leaders lectured the U.S. on the importance of  "a peaceful and orderly transfer of power" — issuing the type of statements the U.S. often uses itself to condemn political violence abroad.

"It's certainly going to make it more difficult for the United States to maintain a consistent position in support of democratic movements around the world," said Thomas Schwartz, a professor of history and political science at Vanderbilt University.

The irony wasn't lost on America's rivals and countries used to being sanctioned or criticized by the U.S. government.

While officials in China, Russia and Iran sought to embarrass the U.S., allies remained hopeful about the incoming Biden presidency— and the resilience of the U.S. democracy.

"You could also view this as the ultimate stress test for the U.S. system and to see that in the end, it held — that there was this event, it happened, it was disturbing, but it was resolved," said Poast.

"We have to be very aware that that's how people are perceiving us," said Poast.

"The United States probably needs to be careful on how it talks to other countries about their political systems without giving up, I think, on the idealism of human rights and democracy," added Schwartz.

To heal the U.S. reputation in the world, experts say the Biden administration will need to heal divisions at home and tackle the pandemic.