Capitol Rioter Known As The 'QAnon Shaman' To Be Sentenced 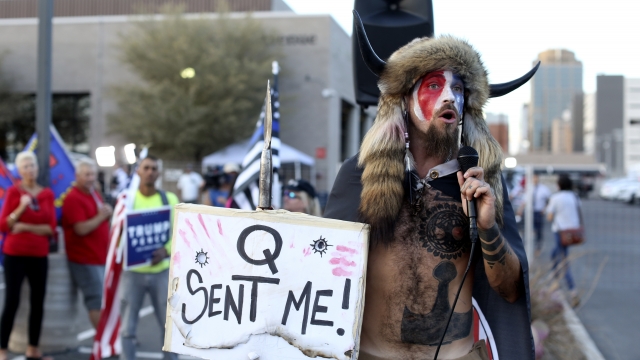 Prosecutors said Jacob Chansley became "the public face of the Capitol riot" when he stormed the building, armed with a 6-foot spear.

The man known as the "QAnon Shaman" is scheduled for sentencing Wednesday for his involvement in the Jan. 6 riot at the U.S. Capitol.

The DOJ is seeking a four-year prison sentence for Jacob Chansley, who pleaded guilty to felony obstruction of an official proceeding.

In September, Jacob Chansley pleaded guilty to obstruction of Congress. Prosecutors are seeking a sentence of more than four years in prison, followed by three years of supervised release and a $2,000 fine.

In the sentencing request they said they're seeking a stiff sentence in hopes of deterring future attacks on the government.