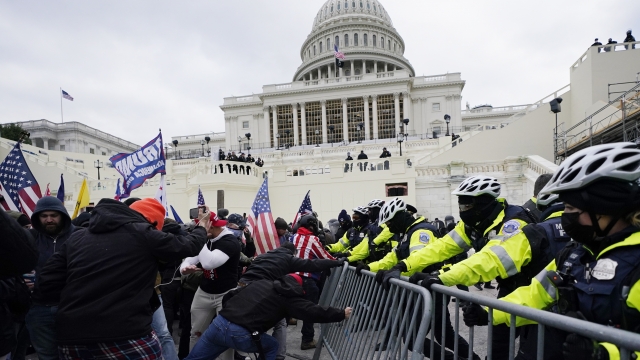 Prosecutors said Jennifer Leigh Ryan called the rally a prelude to war, livestreamed her entry into the Capitol and later said she deserved a medal.

A real estate agent from suburban Dallas who flaunted her participation in the Jan. 6 riot at the U.S. Capitol on social media and later bragged she wasn’t going to jail because she is white, has blond hair and a good job was sentenced on Thursday to two months behind bars.

While some rioters sentenced for the same misdemeanor conviction have received only probation or home confinement, prosecutors sought incarceration for Jennifer Leigh Ryan of Frisco, Texas, saying she has shown a lack of candor and remorse for her actions

They also said Ryan’s belief that she’s shielded from punishment shows she doesn’t grasp the seriousness of her crime.

Ryan wasn’t facing a felony for more serious conduct, but U.S. District Judge Christopher Cooper said she was still among the mob who overnumbered police in an attack that led to the deaths of five people and will have a lasting effect on government institutions.

Though Ryan said she was sorry for her actions, Cooper questioned whether she is remorseful and has respect for the law.

Prosecutors said Ryan traveled to Washington on a jet chartered by a Facebook friend, described Trump’s rally before the riot as a prelude to war, livestreamed her entry into the building as alarms sounded, participated in chants of “Fight For Trump,” tweeted a photo of herself next to broken windows outside the Capitol and later said she deserved a medal for what she did.

She is the 10th person charged in the Jan. 6 attack to get a jail or prison sentence. More than 650 people have been charged for their actions at the Capitol.