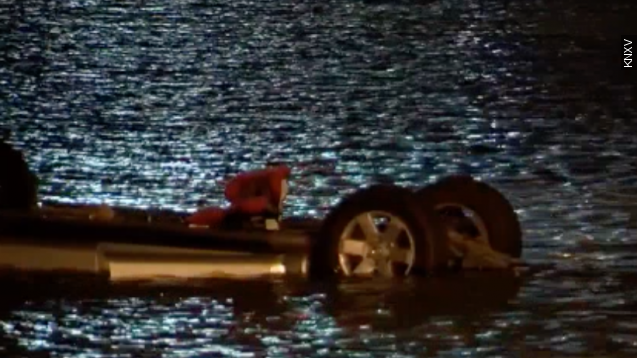 A family of five crashed into a lake in Tempe, Arizona, killing all five. Investigators are still searching for the cause of the crash.

An early morning car crash into a lake in Tempe, Arizona, on Sunday has reportedly a young family. (Video via KNXV)

According to KNXV, a 27-year-old man, 25-year-old woman and their three children were riding in an SUV when it flipped and was submerged underwater.

The incident was reported just after midnight. Witnesses and police officers reportedly jumped into the lake to rescue the family.

The mother, father and and two children were pulled from the car and transported to a local hospital where they later died. After divers were brought to the scene, their 3-year-old son was found strapped in to his car seat. (Video via KPNX)

Officials are investigating what caused the accident. (Video via AZCentral.com)