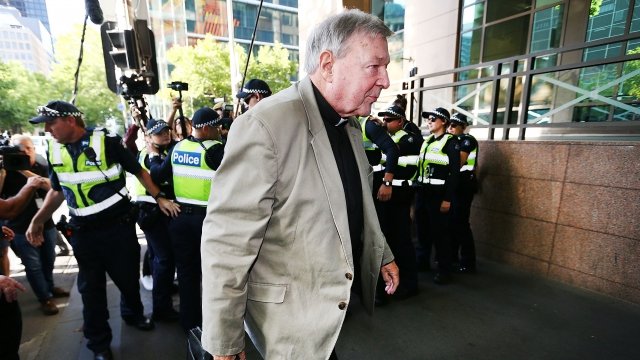 An Australian judge dismissed some of the charges against Cardinal George Pell, citing insufficient evidence.

Following a monthlong committal hearing, the judge dismissed about half of the charges against Australian Cardinal George Pell Tuesday, citing insufficient evidence.

Police in Australia charged Pell with "historical sexual assault offenses" in June 2017. Officials have not publicly released any further details about those charges.

Pell, who's denied the allegations, serves as the Vatican's treasurer and reports directly to Pope Francis.

Pell took a leave of absence from the Vatican last year and is currently in Australia. He entered a not guilty plea Tuesday.