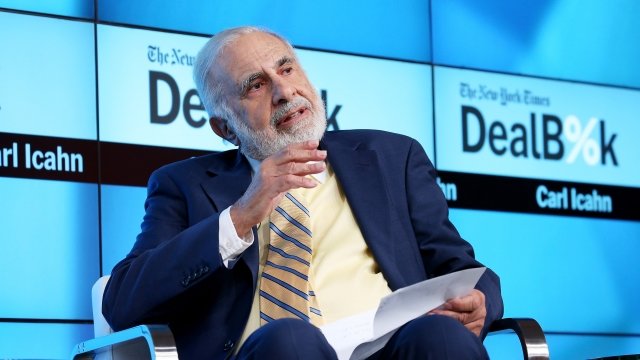 Icahn says his exit is due to Trump's appointment of Neomi Rao. It also might come down to conflicts of interest.

Carl Icahn has stepped down from his role at the White House, but not for the reason you might think.

The billionaire businessman announced Friday he would no longer act as President Donald Trump's special adviser on regulatory matters. Icahn said he made the decision with Trump's blessing.

Trump's lost two advisory councils in the last week due his comments about violence at a white nationalist rally in Charlottesville, Virginia. But that's not why Icahn is leaving.

Icahn says his exit is due to Trump's appointment of Neomi Rao as Administrator of the Office of Information and Regulatory Affairs.

Icahn says he's been questioned about whether his role in the White House, which wasn't an official government position, would overlap with Rao's duties.

His departure might have also come down to conflicts of interest. When Icahn took the job, some U.S. senators raised concerns over whether he'd used his role to help his business, CVR Energy.

Icahn has repeatedly denied that his policy proposals were designed to benefit his company.