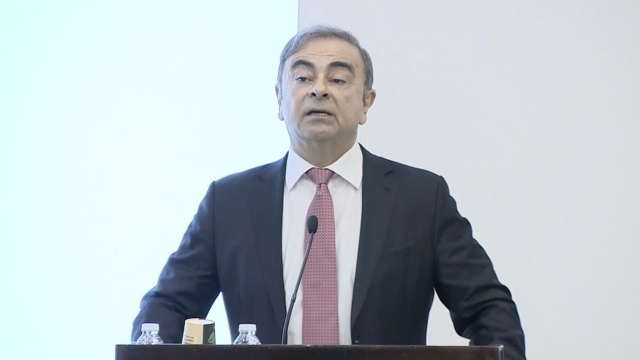 During his news conference in Lebanon, the former Nissan chairman described himself as a "hostage" of Japan.

"For the first time since this nightmare began, I can defend myself and speak freely."

Ghosn described himself as a "hostage" of Japan — saying he spent months in solitary confinement and was repeatedly interrogated without his lawyers present.

Ghosn was first arrested in November 2018 for allegedly underreporting his income by more than $44 million over a five-year period. Since then, Japanese authorities have charged him with multiple counts of financial misconduct.

"These allegations are untrue. And I should have never been arrested in the first place," Ghosn said.

Ghosn also took aim at Nissan. He alleges the company conspired with Japanese prosecutors to take him down in order to prevent Nissan from integrating further with French automaker Renault.

Ghosn didn't give any details on how he escaped Japan, but he did say he made the decision after being told it would be five years before a judge decided his case.

Japanese prosecutors issued an arrest warrant for Ghosn's wife Carole Tuesday. They say she gave false testimony during a court hearing last year. It's unlikely she'll be arrested though, since Lebanon does not have an extradition agreement with Japan.