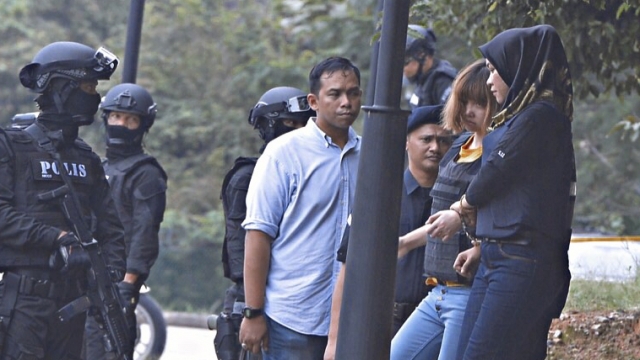 Doan Thi Huong of Vietnam is now the only suspect in Kim Jong-nam's death.

One of the two women accused of killing North Korean leader Kim Jong-un's half brother will stay in jail after prosecutors decided not to drop the murder charge against her.

Doan Thi Huong of Vietnam is now the only suspect in Kim Jong-nam's death. Her co-defendant, Siti Aisyah, was unexpectedly released earlier this week and allowed to head home to Indonesia.

It's unclear why prosecutors rejected Huong's appeal. But her lawyer said the decision was unfair because her case was very similar to Aisyah's.

The two women were accused of poisoning Kim Jong-nam with a nerve agent at Kuala Lumpur's international airport in Feb. 2017. They previously said they thought they were taking part in a prank for a television show.

The trial in the case is expected to resume April 1.