Cash Programs For The Poor Seem To Pay Around The World 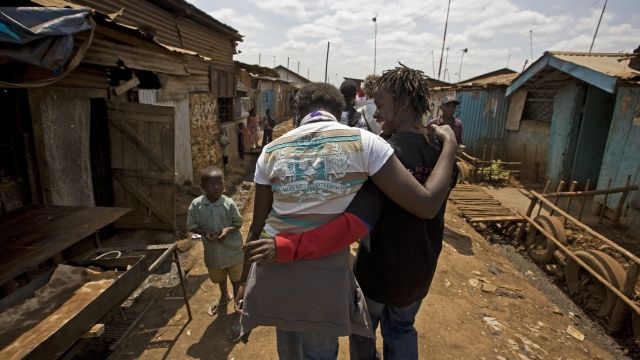 Many believe giving cash directly to the poor is irresponsible, but one paper and several programs suggest otherwise.

A recently published research paper suggests giving poor people money can actually have a negative effect on the consumption of things like tobacco and alcohol.

It's a common belief that giving cash directly to the poor can be detrimental or irresponsible. But the research, along with several other programs around the world, suggest something else entirely.

Researchers examined 19 studies that measured the impact of cash transfers on expenditures of tobacco and alcohol in Latin America, Africa and Asia. None of the data examined showed the extra cash led to an increase in tobacco and alcohol use. In some cases, it actually led to a decline.

According to the Red Cross, cash transfers in lieu of providing physical goods or services can be especially efficient after natural disasters.

"Beneficiaries do not stand in long queues to be given whatever goods someone else decides they need," a Red Cross video says.

SEE MORE: Here's What You Can Do Now To Help People In Syria

This cash-transfer method has been tested extensively in Kenya and India with some positive results.

GiveDirectly used mobile-phone payments to transfer cash from people in Western countries directly to people living in poverty in Africa. Survey evidence from 2014 suggested that more than a year after those payments, households were still spending more on food, health and education than non-recipients — meaning the program had a lasting effect on their spending habits.

While these cash-transfer programs have had an impact across the world, they haven't been as successful in the United States. A cash transfer program called Opportunity NYC in New York ended in 2010 after mediocre results.