Catalonia's Separatist Parties Are Divided Ahead Of Special Election 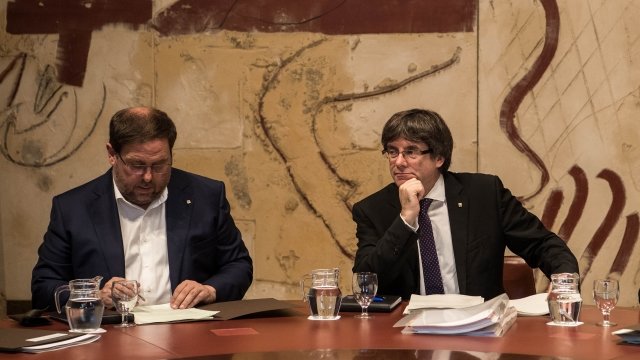 The special election is scheduled for Thursday.

As Catalonia prepares for snap elections Thursday, its separatist parties are divided.

The Spanish region held an independence referendum earlier this year. Madrid stepped in, dissolved the regional Parliament and called for special elections to replace officials who championed independence.

There was a chance the numerous pro-independence political parties would band together and win seats in the region's semi-autonomous government. But those parties aren't working well together at the moment.

Deposed regional leader Carles Puigdemont is running against his former deputy — they're both leading their own independence parties. A third separatist party is vying for power as well.