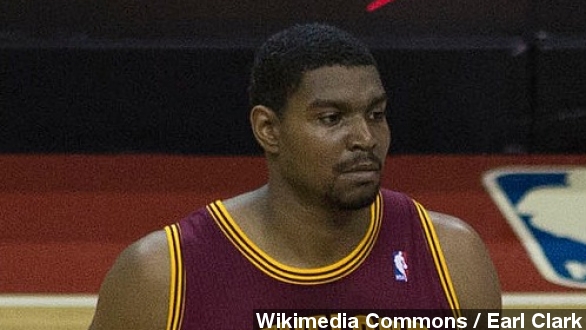 The Cleveland Cavaliers have indefinitely suspended center Andrew Bynum for conduct they say was detrimental to the team.

NBA Center Andrew Bynum will not likely find himself in a Cavaliers uniform again after the team suspended the player indefinitely on Saturday.

According to ESPN, the Cavs will likely be aggressive in their hunt to trade Bynum, following conduct they say was detrimental to the team. The decision was reportedly made on Friday. (Via ESPN)

It’s tough timing for Cleveland. Bynum’s contract is set to be guaranteed on January 7. He is right in the middle of a two-year, $24.5 million deal with the team. (Via Bleacher Report)

Before the deadline on the 7th, 26-year-old Bynum is only guaranteed $6 million.

According to USA Today, a person familiar with Bynum’s situation said he has “not bought in to what the Cavaliers are trying to accomplish, and with a young team, he had turned into a negative influence."

Bynum has started in 19 of the 24 games he’s played with the Cavaliers this season after he sat out all of last season with a knee injury when he was on the Philadelphia 76ers. (Via Deadspin)

A writer for CBS Sports called Bynum “damaged goods,” but notes the former all-star has excellent backup potential. Some of the teams brought up in initial trade talks are the Clippers, the Celtics and the Heat.

Head coach Mike Brown didn’t comment directly on the decision to suspend Bynum, but he did say he is concerned for his team. Bynum did not travel with the team to Boston for the Cav’s game against the Celtics.