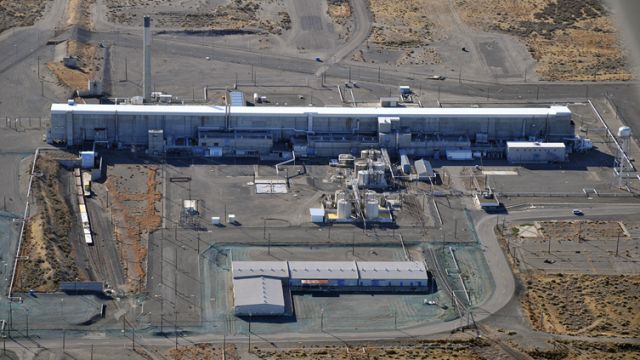 Workers at the Hanford Site in Washington state were told to shelter in place after a tunnel storing contaminated material partially collapsed.

A cave-in at a mostly decommissioned U.S. nuclear site has prompted an emergency warning from the Department of Energy.

Employees at the Hanford Site in Washington state were told to shelter in place after part of a tunnel used to store contaminated materials collapsed. The site says all employees are safe and that there are no signs of a radiation leak.

Hanford was a plutonium production plant during the Cold War. It's now one of the Energy Department's most challenging cleanups. Work began in 1989 and probably won't stop until at least 2052. The site will cost the department $2.3 billion this fiscal year alone.

The U.S. House passed a bill that would impose sanctions on North Korea's shipping industry.

The Trump administration has proposed increasing spending on nuclear waste management, even as it plans to slash other parts of the department's budget.

Perry told Washington Sen. Maria Cantwell, "There is an administration that is committed to making true movement on what I consider to be one of the real failures that this country has had dealing with our nuclear waste."