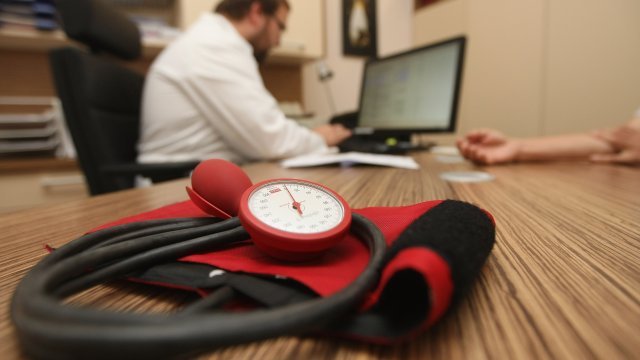 President Trump has threatened to stop subsidizing insurance payments under Obamacare. The Congressional Budget Office has published a report predicting what would happen if he did.

Right now, the federal government will spend an estimated $7 billion this year on these subsidies for plans purchased on the insurance marketplaces created by Obamacare.

If Trump pulled the plug on that money this year, insurers might have to raise their prices to compensate. The CBO anticipates premiums for the baseline silver insurance plan would jump 20 percent by 2018.

And cutting funding might not even save the government money — the CBO says the federal deficit would increase by $194 billion over the next 10 years, as more people become eligible for more expensive tax credits.

Trump's dangled pulling the subsidies in the past as a negotiation tactic. He hopes to force Democrats to sign on to Republican health care reform efforts, or watch Obamacare's markets collapse.

Anthem just announced it will back out of Nevada's Obamacare exchange for 2018.

But Trump might not even have to do anything to hurt the markets — political uncertainty is already prompting some insurers to exit the exchanges.