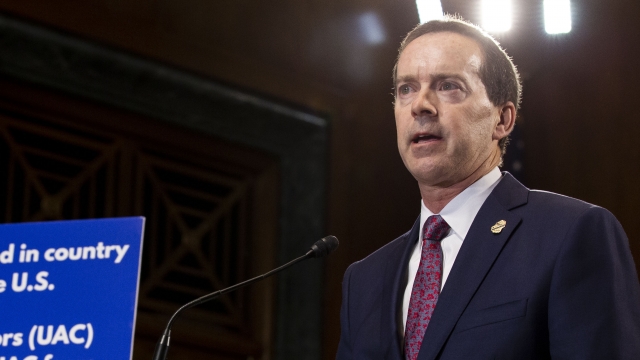 The news comes amid reports of widespread child neglect and inhumane living conditions a Texas facility.

CBP told Newsy that Sanders' resignation is effective as of July 5.

Sanders made the announcement in a statement sent to agency employees Tuesday. He wrote: "Although I will leave it to you to determine whether I was successful, I can unequivocally say that helping support the amazing men and women of CBP has been the most fulfilling and satisfying opportunity of my career."

The news comes amid reports that migrant children were facing widespread neglect and inhumane living conditions in a Texas CBP facility. Hundreds of children were removed from the facility after The Associated Press reported that infants, children and teenagers had been detained for up to 27 days without adequate food, water and sanitation.