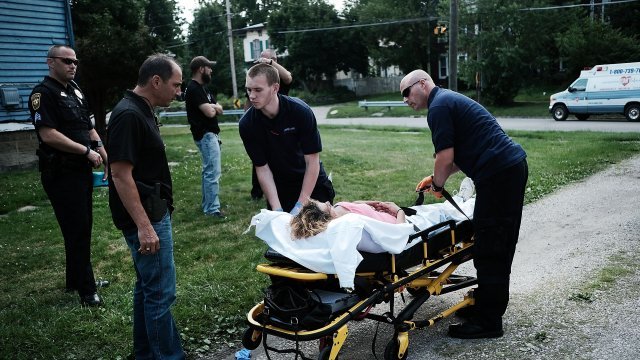 The report, released Tuesday, found one region in the U.S. saw a jump closer to 70 percent.

Emergency room visits for opioid overdoses jumped about 30 percent in the U.S. in just over a year, according to the Centers for Disease Control and Prevention.

A report out Tuesday says the jump took place between July 2016 and September 2017.

And that 30 percent figure is just an average; the Midwest saw an increase of closer to 70 percent.

The report didn't offer an explanation as to why that region was so heavily affected. But a report by NPR suggested the availability of highly potent drugs like fentanyl may have had an impact on the number of overdoses there.

Rising opioid overdose deaths have been linked to a falling U.S. life expectancy — it dropped in 2015 and again in 2016.