CDC: Fentanyl Deaths Up By More Than 1,000 Percent 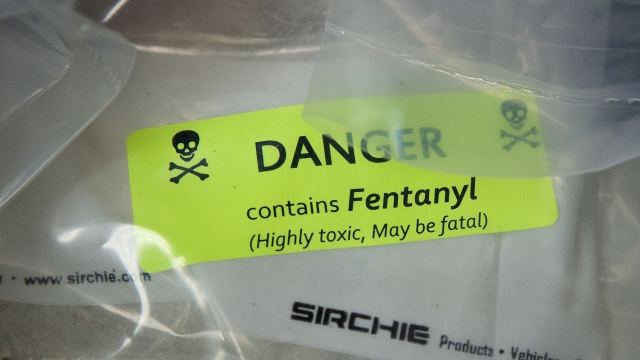 The agency found there were more than 18,300 fentanyl-related deaths in 2016.

According to the analysis, "the number of drug overdose deaths involving fentanyl was stable" in 2011 and 2012, with a little more than 1,600 recorded deaths each year. The death toll jumped to nearly 2,000 in 2013, and pretty much doubled over the next two years. By 2016, there were more than 18,300 fentanyl-related deaths in that year alone.

In that same year, data showed men were dying nearly three times the rate of women. And from 2011-2016, adults between the ages of 25 to 34 died at a faster rate than any other age group. The report also showed white people made up most of the fentanyl-related overdose deaths, but rates among blacks and Hispanics grew faster.

Fentanyl is a synthetic opioid, that's 50 times more powerful than heroin and was responsible for the most overdose deaths in 2016. A report from the National Safety Council earlier this year found that, for the first time on record, people have a better chance of dying from an accidental opioid overdose than in a car accident.